The Chula Vista Bayfront project represents one of the largest waterfront developments in Southern California. KTUA and its team of consultants have been working with the Port of San Diego and the City of Chula Vista since 2016 on the master planning, programming and design of the two waterfront park sites associated with the project. Harbor Park (21 acres) provides signature amenities, recreational opportunities, and programming adjacent to the resort hotel and convention center. Sweetwater Park (51 acres) connects visitors with the unique ecosystem of San Diego Bay, enhances and protects sensitive habitat resources, and provides environmental exploration and recreation.

An extensive path system will wind through the park providing exercise opportunities and connecting park users to natural recreational features such as grassy mounds, dunes, a dry creekbed and basin system, and several overlooks with views to the bay. Interpretive elements and programs will be interwoven amongst the park features to inform and enrich all park users. Trails were an important component of the project. A total of 3.5 miles of trails are proposed in Sweetwater Park alone.

The Port of San Diego Sweetwater Bicycle Path and Promenade project provides a coastal multiuse pedestrian and cyclist trail in Chula Vista that will connect the two future parks, Sweetwater and Harbor Park, in the bayfront. Passing over a tidal inlet channel, native coastal salt marsh, and through maritime succulent scrub habitat areas the promenade project required substantial coordination with the project biologist and hydrologist to determine required compensatory mitigation areas, inform the design of a coastal salt marsh area, and understand future sea-level rise and scouring at the promenade bridge footings. The end result was a naturalistic curvilinear path system providing sweeping bay views and a native plant palette that fits its location and so blends seamlessly with its context. 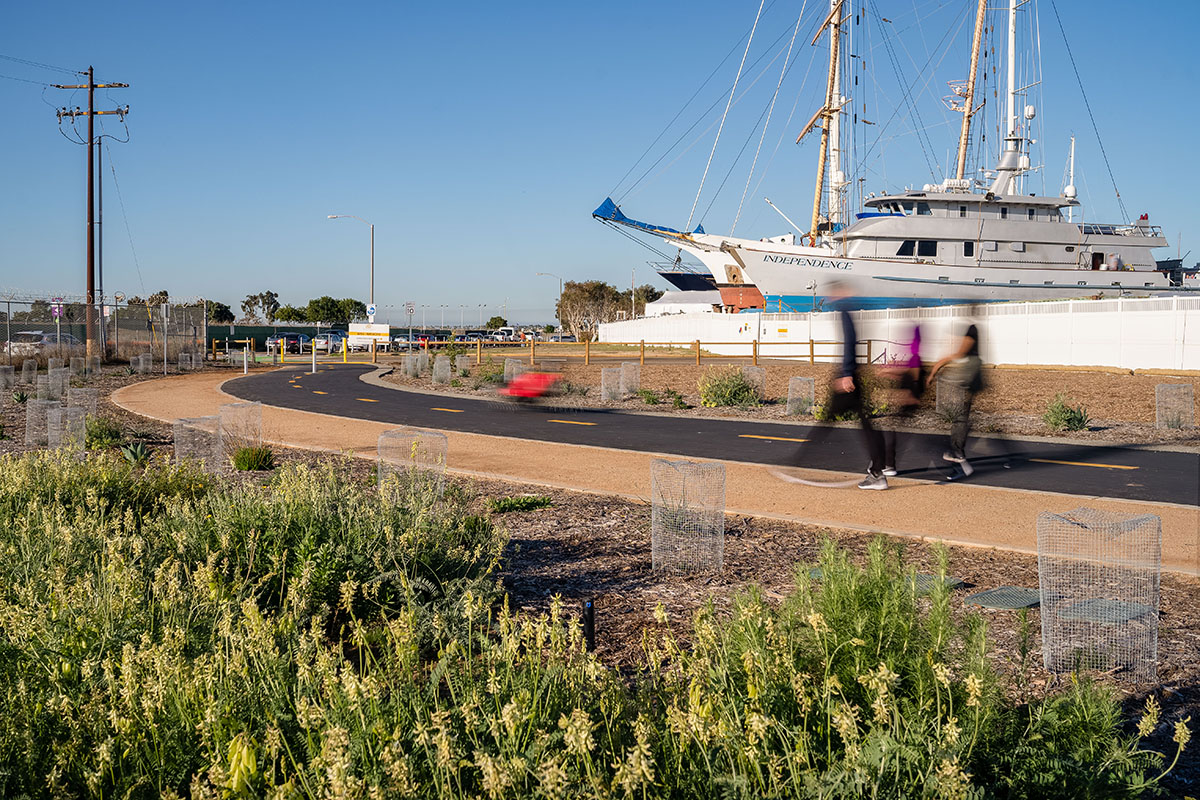